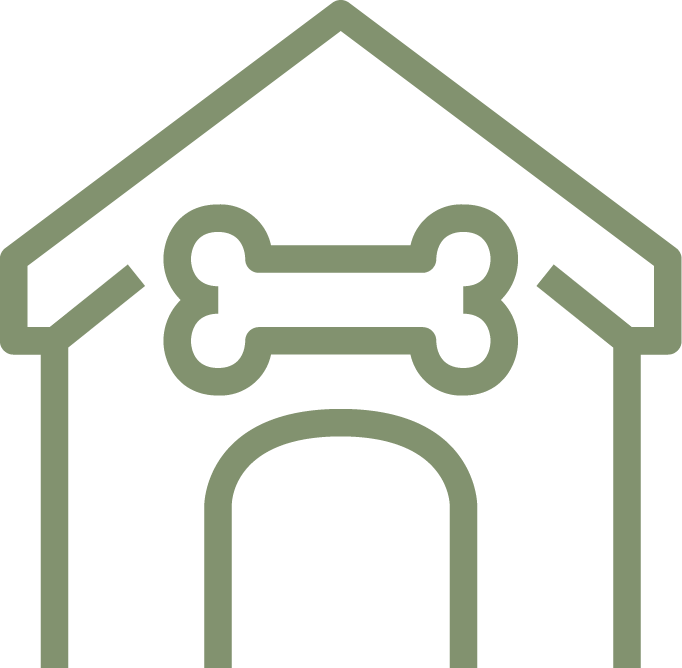 Anthropomorphize is a real word.

Anthropomorphize is a real word.  I haven’t quite figured out how to spell it – something my Microsoft Word continues to remind me of daily.  But I assure you it is a real word.  More than that, it is a real problem in just about all dog owners.  (Girlfriend is nodding her head as I write that.)  For those of you not familiar with the word anthropomorphize, it means to assign human characteristic, behavior or feeling to an animal or object.  I’m not sure who came up with the word or why they made it so ungodly hard to spell, but the general gist of this idea is that I, and many others just like me, have a tendency to treat our pets as though they have human emotions, intelligence, memory and even manners.  Yes, you heard me right, dear reader: I treat my dog as though he has a basic understanding of manners.

I feel I should give you a few  more examples before I begin explaining just why the process of anthropomorphizing my dog can have real negative side affects and how you can avoid doing it.  Let me say first that anthropomorphizing isn’t always a bad thing.  It is often a way we, as owners, feel connected to our pups.  When I come home and my dog jumps up to greet me I associate this behavior with my dog missing me.  While the jury may be out on the truth of this statement, I am going to hold on to it as long as possible.  Similarly, when my dog nuzzles his head into my lap after dinner, I believe it is because he is displaying affection towards me and again I choose to believe this – whether true or untrue.  (I have admitted to myself since writing this article initially that the head-in-lap move may have more to do with the sheer volume of crumbs I leave there following dinner than any actual love Dawson feels for me…. But you can believe what you want.)

Sometimes the process of anthropomorphizing is a small thing that seems nonchalant and minor and can be harmless and even funny.  Last night my dog burped in my face and I said excuse me on his behalf.  Afterall, he should have better table manners than that – we have certainly taught him that burps and farts deserve “excuse me’s.”  When he lays on his back with his legs wide open, I have informed him that should guests stop by he will need to make himself more presentable.  A few weeks ago Girlfriend and I threw our doggo his own birthday party featuring a cake and a Happy Birthday sign.  We even got dressed up for the pictures with him.  Obviously he could care less and was only enthusiastic about the event when I dropped the peanut-butter cake down in front of him.  All of these little moments are entertaining and, for the most part, harmless.  The problems occur when my demands of my dog begin to include expectations, behaviors or even punishments that are far more in line with the thinking of a human than that of a dog.

Last week my dog decided that he was done chewing on the balls, bully sticks and bones we bought him and was instead going to take out his frustration on our bed post.  We caught him after only a few minutes, laying on his side, his teeth wrapped around the post with what appeared to be a quarter inch of 1935 reclaimed, pressed old farm-house timber in his teeth.  My immediate reaction was swift and forceful.  I grabbed him by his scruff and pulled him to his crate where I left him for twenty minutes to think about what he had done.  When I finally let him out, my frustration had not abated and I proceeded to scold him for his poor decision making.  I am sure you, the sophisticated reader you are, have instantly recognized my misstep.  Poor Dawson, after 20 minutes in his crate, was no longer aware of the cause of my frustration.  He didn’t even know why he was in his crate any longer.  He came out, tail wagging, ready to hang out with me and was met by a still ill-tempered dad.

In reality, punishment for a dog should be instant, and should last no more than a minute or two.  The problem is that sometimes a dog’s actions can cause a level of frustration that will extend well past those two minutes while you are busily ordering matching wood putty and varnish from Amazon.  It’s times like that we must remind ourselves that our dog is in fact, wait for it…. Still just a dog.  He’s just a dog.  It is in his nature to chew on things, poop on things, pee on things, lick things, jump on things and have a general disregard for the feng shui of your home.  More importantly, he isn’t human and human punishment won’t do.  Lecturing your dog won’t work.  Nor will reminding your dog of past mistakes he has made – like the time he ripped all the cozy fluff out of my new slippers so now one of my feet is always colder than the other.  Be prepared when you have a puppy to let a lot of sh*t slide.  Unless you catch your dog in the act of doing something wrong, you really can’t punish him for it because he just won’t understand and ultimately you will only damage the relationship you have with him. 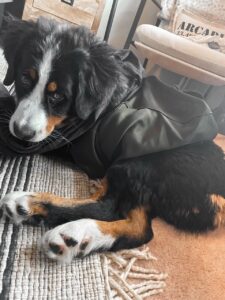 My advice to you is to be proactive in your efforts.  If you have a nice piece of furniture, nice shoes, or nice… anything at all… keep it out of reach of your puppy.  For the items you just can’t move, get some of the yucky bitter spray and coat – I mean COAT – the living crap out of it until he will never want to go near it.  He really doesn’t care about your recent purchase from Pottery Barn, nor the fact that the bed frame set you back two weeks of pay, and a set of sheets with a thousand thread count tastes about the same to him as the paper towel you left on the floor earlier today.  More importantly, don’t confuse your dog for a human when it comes to punishment.  You may have to swallow your frustration and anger, and you may have to let a few mistakes slide, but your relationship with your dog will improve greatly when you remind yourself he’s just a dog.